You are here: Home / Uncategorized / Rub-a-Dub-Dub 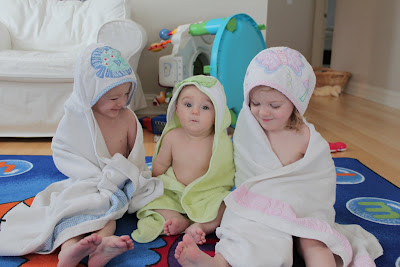 I managed to get them all bathed together today. This involved me ultimately getting in half dressed to protect Sawyer from the Crazies but it was great to get everyone clean in one shot.