You are here: Home / Grief / One last visit

Today we went for our NICU follow up with the developmental clinic at the hospital where the triplets were born. The kids’ growth and development are great and they were very impressed with how smart they are.  We have been officially discharged from their developmental clinic and it feels great to know that my little survivors beat the odds.

I, however, pratically had a nervous breakdown going to their appointment.  We have not been back to that hospital since their last developmental check up over a year ago and I have a complete love/hate relationship with the place.

While we were there today I had visions of myself coming back there for years and years to come just to hang on to the only place where she ever lived outside of me.  We took the kids up to the NICU floor so they could peak in the window and someone opened the door and I was consumed by the NICU smell that surrounded us for so many weeks.

I am reading the book “I Will Carry You” by Angie Smith, a woman who chose to carry her daughter to term despite being told that she would not survive to her birth, and I have to say I am not in the place where she is on her journey but I am trying to get there.  One thing she talks about over and over is being grateful for the time she did have with her daughter and not getting lost in the grief of her death.  I am trying so hard to do this.

I remember the day after they were born being in the NICU with Mark and going from baby to baby to baby, getting updates from each of their nurses and feeling completely, happily overwhelmed by the fact that we had just had three babies at once.  We were giddy with the excitement of our new babies but didn’t get to live in that moment very long.  I keep trying to hang onto that feeling because we were blessed with three babies and I want to have good memories of the place that brought them into the world.

So today, we made good memories there.  We took our little survivors up to the place they spent the first three months of their lives.  We talked about how far they had come to anyone in the hall who caught onto the fact that they had once called the place home, we visited my favorite nurse who took care of me during my 10 week stay before the babies came, we showed them incubators and just let them roam the place.

Today was a good day at the “baby hospital”, as the kids called it, and I was so grateful to carry Hadley’s memory with me as we walked out the door one last time. 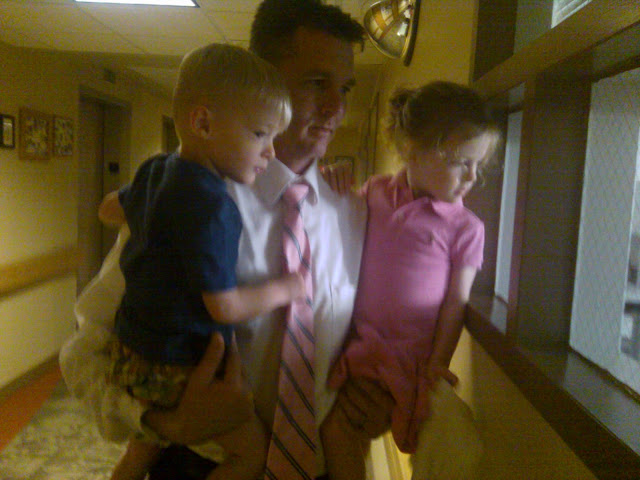 Mark and the kids looking in the NICU window 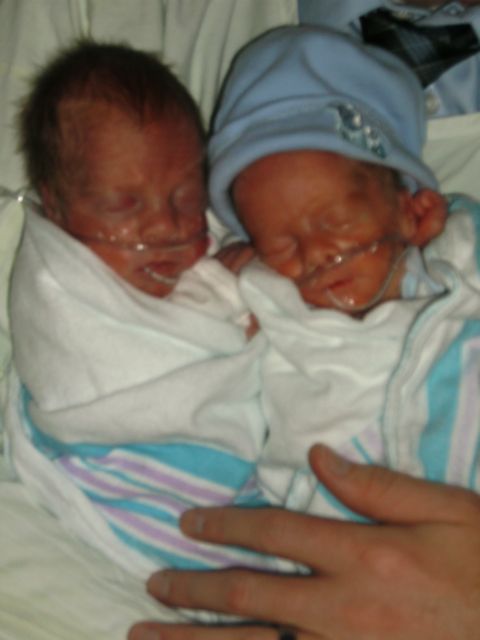