You are here: Home / Autism / Soccer practice
The kids and I had a blast at Ashlyn’s soccer practice tonight.  I was hoping they would not catch a glimpse of the slide until much later in her practice but McKenna zeroed in on it before we were even out of the car so off we went, Ashlyn in one direction and Parker, McKenna, Sawyer, the stroller (loaded with enough gear to keep us living happily on a deserted island for a good week or so) and I in the other.
I’m not sure I will do that again without an extra set of hands but regardless everyone had a great time and we will all sleep good tonight. 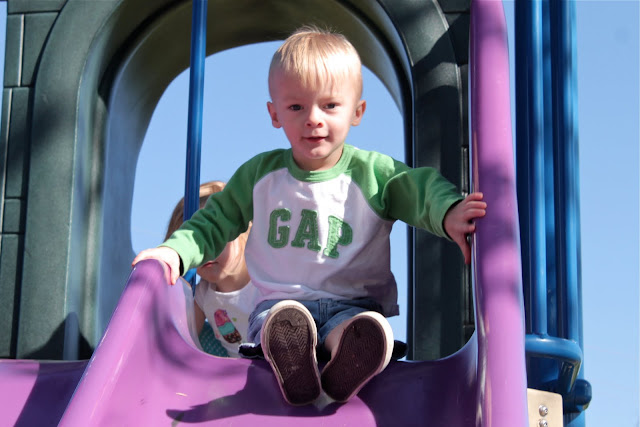