You are here: Home / Uncategorized / Stick

I should start out by saying we have a new toy, a big climby thing for the backyard that is tall enough to have a McKenna-approved slide but not too tall to give the kids one more way to climb out of our yard. 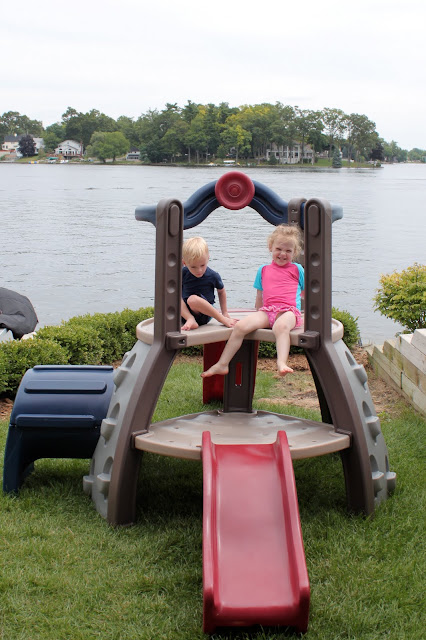 So with the addition of a new toy usually comes the addition of a new game.  My kids seem to make up a lot of their own games, if you could call them that.  They are more like words they say over and over to go with some strange activity that their two and a half year-old little minds think is fun.

The latest game is called “Stick.”

Now you could guess the rules of “Stick” all day long and I promise that you would never figure out this one.  Only children as strange creative as mine could come up with this one.

The first day we got our new climbing toy the kids had a blast on it, climbing in and out of the tunnels and going down the slides and eventually, they ended up flinging off their diapers from the top of the slide and continuing on their way.  They were saying something and giggling on the slide but we were just laughing with them, not realizing this was the beginning of the game.

Day two of the new toy the kids are playing on it for maybe two minutes before the diapers come off again and they start saying the same thing they were saying the day before.  We decipher between giggles that they are saying “stick.”

So after watching this strange new activity our adult brains put it all together and discover the rules of the game.  Very simple, yet VERY original.

1. Go to the top of the tall slide
2. Take off your diaper
3. Make sure your butt is firmly against the slide.
4. Yell “stick” the whole way down the slide as you try to peel your butt cheeks off the plastic and make it all the way to the bottom. 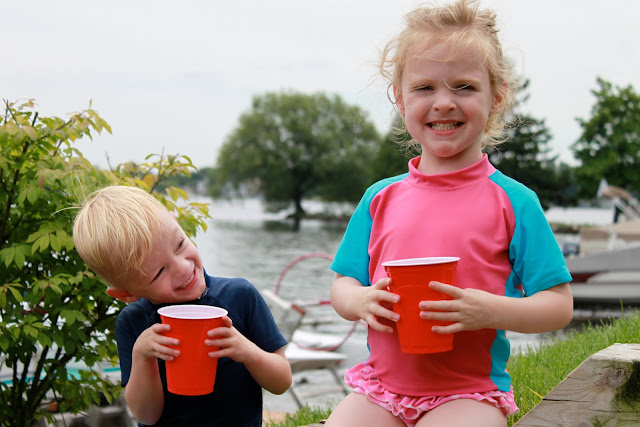 They have a blast playing their new game and the giggles are contagious.  We just can’t have any company over that does not have an extremely good sense of humor.
Not everyone appreciates a good game of sticking your bare butt to plastic.

Oh and last but not least Sawyer is walking.  Not, completely, independent walking yet but he is getting braver by the day and will take about ten steps on his own before resorting back to crawling. 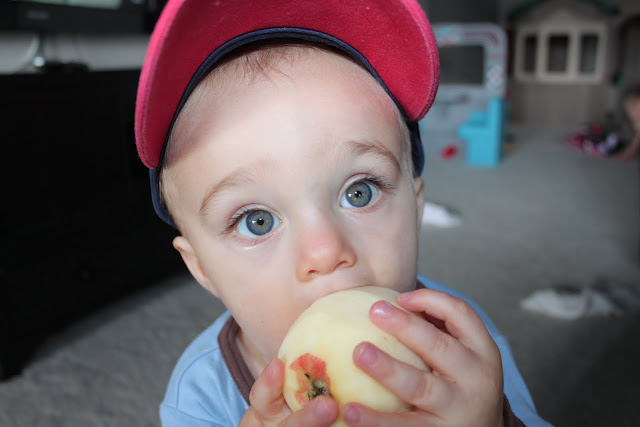 My baby days are quickly coming to an end 🙁