You are here: Home / Musings of Motherhood / The End of the World as I know It

It all started yesterday.

I was enjoying my 15 minutes of quiet between getting Ashlyn off to the bus and Sawyer waking up when I heard Sawyer babbling in his room.  He sounded happy so I thought I would leave him for a minute and then, for some reason, he sounded louder than usual.  I headed up the stairs, realizing that I definitely could hear him too well and figured that his door must have blown open for some reason.

As I reached his room, door wide open, there was Parker on his tiptoes, feeding Sawyer animal crackers through his crib.

He looked at me blankly and said “Kenna’s still sleeping, I shut the door.”

Parker has never gotten out of his crib.  We always assumed he would but he never tried it.  McKenna tried it ages ago and we put up a crib tent which immediately stopped her and bought us the last year and a half of sleep.

Well now that Parker is out he just can’t seem to stop himself.  In just two days of crib jumping, he has learned to pop off the protective door knob cover in his room and escape.

And not just in his room, in ANY room in the house.

So McKenna and Sawyer follow behind him, he opens whatever door they wish and they all stampede in, destroying everything in their path.

As we speak or as I blog, they are sitting for this-is-quiet-time-for-Mommy’s-sanity enforced by never ending dvds of the Wiggles.

Since they were about a year my kids have ALWAYS slept well.   Twelve hours at night and a 2-3 hour nap during the day.

We are going to have to clear their room of anything that looks remotely fun to an almost 3 year-old who needs sleep, put up the toddler beds, gate the door somehow and pray that they can leave each other alone long enough to fall asleep.

I’m trying to sing the “You’re Gonna Miss This” song in my head right now but it’s just not happening.

I can’t hear it over the lyrics to “It’s the End of the World as We Know It.” 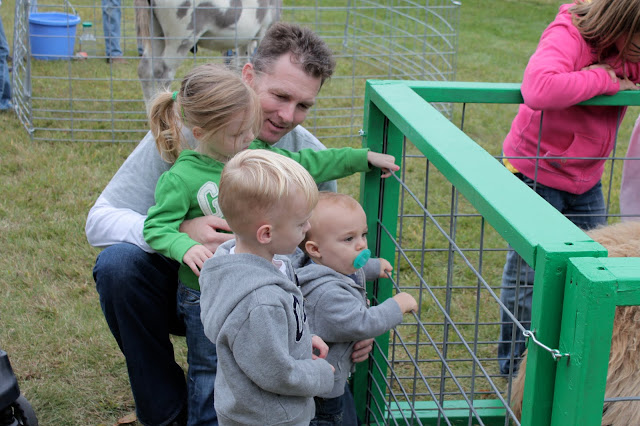 Mark and the kids at the petting farm over the weekend. (I know this has nothing to do with this post) 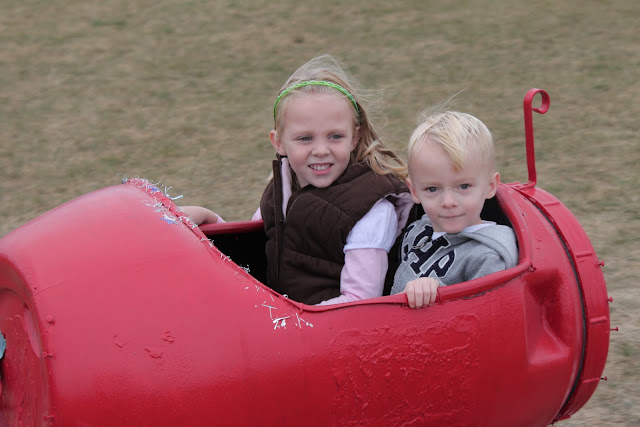 Parker and cousin Gracie (still nothing to do with this post)