You are here: Home / Love / Intolerance

There have been quite a few stories of intolerance towards the gay community in the news lately.  I won’t go on and on about the subject and my thoughts about that fact that it is completely ridiculous that there is ANY population of people in the country who do not have the same rights as every one else but I will say this…

one of the most amazing people I know is gay.

He should be able to get married, have children if he wants to and he should never, ever have to worry about being who he is.

I wish that he never had to go through the struggle of learning to accept himself despite what society said about his sexual orientation and I wish I had known he was struggling when he was so that I could have held his hand through it.

I thank God everyday that he made it through that struggle and came out the other side happy with himself and who he is.

Lately I have heard far too many stories of teens in the shoes he once wore who could not see the light at the end of the tunnel who decided to stop their journey far far too soon.  I think about the families they have left behind who are reeling with grief, wishing they had known and had done something to make their brother or sister, son or daughter feel “okay” with who they were.

It is so sad to me that we are still living in a world that cannot accept each others differences.

I hope, hope, hope that someday my children, or my children’s children, will be reading about this time in their history textbook, appalled at the fact that there was a time when their amazing, smart, kind, talented uncle was treated one bit differently than the rest of the world. 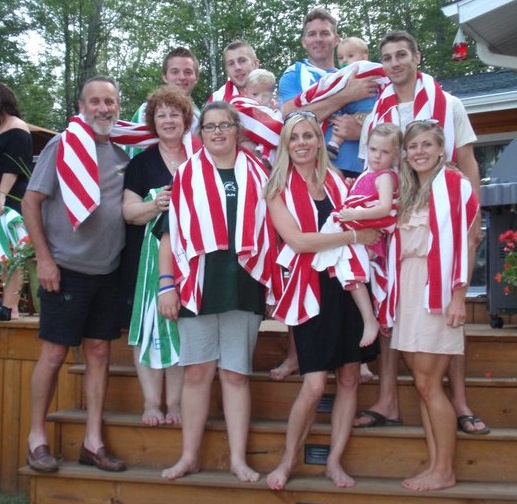