You are here: Home / Musings of Motherhood / The Halloween We Missed

A friend of mine has triplets just a few months older than mine and while taking my daily scroll through Facebook I noticed she had posted a great look back at pictures of their Halloweens thus far.  I looked through her pictures, mentally checking off what my kids had been each year, and wondered why I was one year of costumes short.

And the moment I remembered I wondered how in the world I could have forgotten.

I’m pretty sure that when your children are in the NICU you are in some type of time warp in which you don’t really remember anything other than what kind of day they are having and if it has brought them  closer to or further from coming home.  The fact that the world was still turning outside and that holidays were coming and going was always a shock to me.   I remember heading to their sides at the end of October as I did each day and being caught off guard by the little orange pumpkins taped to their isolettes.  Halloween was our first official holiday in the NICU.

I did not like that someone else decorated my babies’ isolettes and that I could not go buy tiny little Halloween costumes.  Nevermind the fact that I had just lost one of my daughters and was still waiting for the day that my little McKenna would even be healthy enough to hold.

But when the nurse took out this bright orange hat, knitted by one of the hospital volunteers, she made my day.  She handed my 2 lb. little man to me and I covered up his shiny bald head and took his picture with my phone because it was all I had (darn it!) and held him for as long as his little body could handle it. 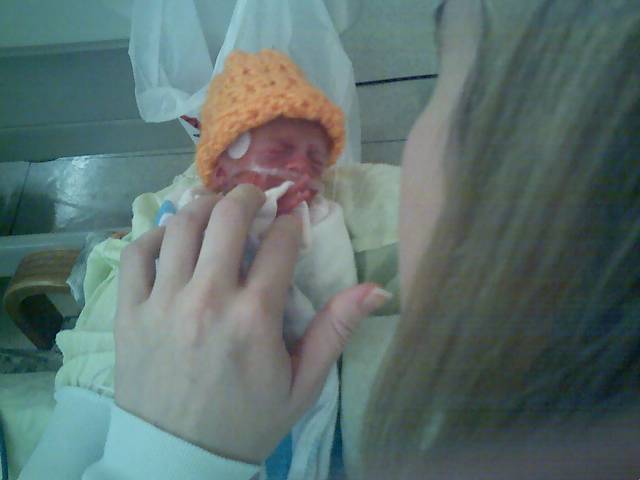 And this was our only Halloween that wasn’t.

Watching them now, their faces bursting with excitement of the impending sugar-filled day, you would never know that they had skipped a beat, or a Halloween.

Tonight I dusted off our box of NICU memories and showed Parker his first Halloween costume.  As he held it my mind flashed back to how fragile he truly was and I was reminded that my tiny trick-or-treater is a big, huge miracle. 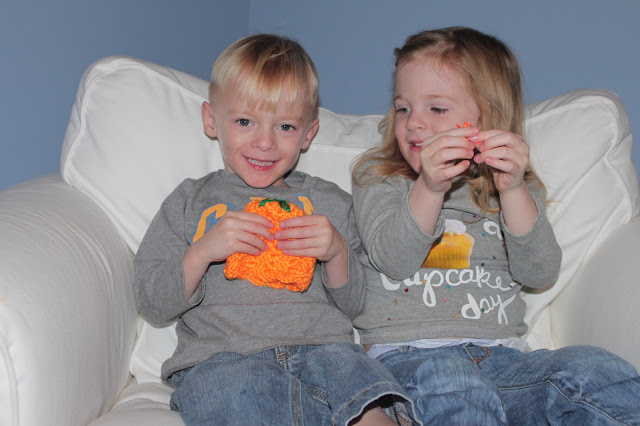