You are here: Home / Crafts, Recipes and How To's / Costume creations

So my little Parker has become quite the costumer. In order to hang out with him once in a while I’ve taken up costuming as well. It all started when I volunteered to costume the kids’ show a few years ago assuming this meant I was assisting some costumer employed by the theater. Well surprise, surprise there was no employed costumer and I had just volunteered my untalented self to costume a cast of 60 children. Oops!

Fast forward a few years and I just finished costuming my fifth show. I’ve learned to sew, thrift shop and do pretty much anything with a hot glue gun. Here are some of my favorite costumes I’ve done over the years just in case you need some inspiration. Tree Nymphs for Into the Woods. For the boys I used brown cotton pants and turtlenecks and wrapped green satin around their upper bodies. We made a green sash out of fake leaves. No sewing needed, just lots of glue gun work.

For the girls I used brown unitards then made skirts with shades of brown and green tulle. We sewed the tulle around an elastic waistband then affixed a sash made of flowers and leaves on top of the skirts. We added leaves and flowers through the skirts and tops and in their hair for additional detail.

Journey of the Noble Gnarble These were fish costumes for the play based on the book Journey of the Noble Gnarble. We based the costumes loosely off of the characters in the book, mainly trying to incorporate the colors and shapes of the fins. All kids wore unitards as their base costume in the color of their fish then we added shorts or dresses according to their character color. Some characters had additional costume details according to their characteristics. The bright green fish were the super heroes of the story so wore super hero capes. Lots of fabric and simple sewing went into this one! 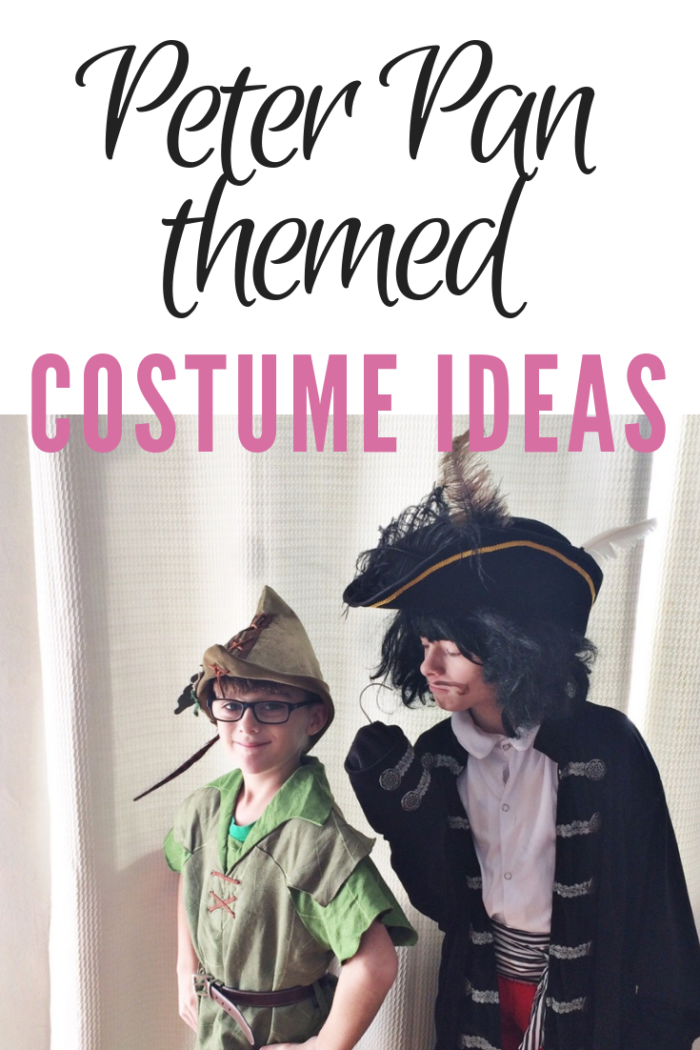 My Lost Boys! Can you tell how many hours I spent thrift shopping just by looking at these cuties? I searched the aisle for fur, corduroy, various earthy textures and colors and quirky hats. Skunk wore black and white with a mohawk, Fox wore fox colors and ears. For Cubby I found the cutest hat at Zara Kids and for the Raccoon twins I ordered raccoon tail hats from amazon (affiliate link below).

My Hop the Lost Boy is below. For him, the director didn’t want bunny ears so we stuck with a faux rabbit fur and earth tones to match. He was also very happy to carry his bow and arrow prop for the after show pics!