You are here: Home / Musings of Motherhood / The story of the children’s book Soon

I’m not sure which one of them told me their version of the story first but I know they were wrong. They had gotten ahead of me, as they always did and figured out a story that I hadn’t yet told.

Bedtime books and too much Elmo were to blame. My children thought they followed the typical formula for being born. Essentially they did, but mostly they didn’t. There was no “we had a baby and then the next day, Daddy brought Mommy and the baby home” in our story. Our story was much more complicated and full of rushing doctors and beeping machines and long, long days of waiting.

I began to explain it to them. I chose words with soft edges and watercolor details and watched their faces to make sure I was meeting their high standards.

They approved enough to ask for their story over and over again and when I told it they had that far away look in their eyes because they could see it all. I wanted other preemies to see it too. We should all be able to pick up a book and see ourselves.

I began picturing the story on paper with a cover and a spine and a place on that one shelf of my favorite book store. I found a wonderful illustrator who has managed to craft NICU images in beautiful detail without the jarring effects real photos can have and my dream of a book is ready to become a reality.

My vision finally became a reality and the children’s book “Soon” was published. It’s since been making its way to NICUs and preemies around the world and can be bought through the link below and at most bookstores.

Thank you for your unending support. It’s a dream come true to see my book in the hands of so many preemie families. 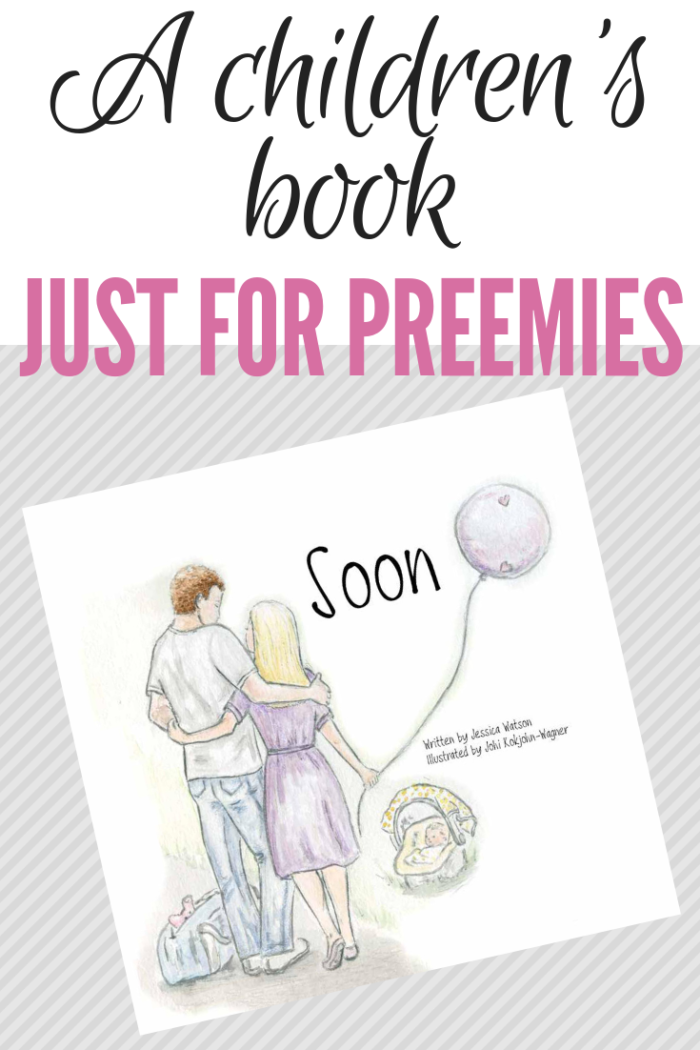