You are here: Home / Musings of Motherhood / No matter what

I caved the other day and drove through McDonald’s. McKenna had been begging for the new Barbie’s now in the Happy Meal and I had no time to stop at home and make an all organic meal that wouldn’t sit in our digestive systems for a month.

As I pulled up to place our order I almost told the cashier “one girl toy and two boy toys” but then I decided against it. I looked in the rearview mirror and asked my kids if they would rather have a car or a Barbie. I heard one request for a car, barely audible under McKenna’s chanting of “Bar-bie, Bar-bie” and then I saw my other son. He was thinking too hard about his options. I knew which one he wanted and I felt awful he had already reached an age where he was worried about saying it.

I looked back at him, “you can have whichever toy you want, whatever you’d like to play with right now.” He smiled and asked for a Barbie and I gave him the cheesy mom thumbs up I never thought I would do.

We pulled through the drive-thru and everyone started playing with their toys rather than eating, as they do. My son’s car rolled quickly off the seat out of reach, my daughter asked me to french braid her Barbie’s hair while driving, of course, and my other son settled into a pretend world, his new Barbie dangling from the carseat, waiting for a Lego man to rescue her.

My heart gushed over how I love his imagination and his ability to switch gears and play anything with just about anyone and I thought about the fact that, as he grows, it’s going to be harder and harder for him to pick the Barbie. His pause will last longer and he will check around to see who’s watching and he might be sitting in the back vroom-ing a car that he doesn’t want.

At the next red light I got his attention and made eye contact with him in the rearview mirror. “I’m proud of you,” I told him. His face scrunched up, “for what?”

He smiled and went back to securing Barbie to her rescue station and I smiled too. If he was in the backseat changing Barbie’s outfit and restyling her hair, I would love him just the same. One of these days he’ll probably understand the greater meaning of staying true to who he is and what he likes and I’m sure it will be tested many times over.

He will have to chose between art pencils or football helmets and baseball bats or the school play or maybe he won’t and he’ll do them all and I will be forever in the driver’s seat, shuttling from one activity to the next. But I suspect he’ll lean more towards art and theater rather than sports and muscle cars and I know those choices aren’t always fan favorites of growing boys.

I won’t always be there, encouraging him from the front seat, the walls of our car insulating him from what society thinks.  But I hope he follows what makes him happy rather than what appeases someone else. I hope he remembers days like today and that he is loved no matter what. And when he’s an angst teenager looking for the right crowd that realizes that finding people who love you because you follow your own heart rather than someone else’s is the best prize in the world. 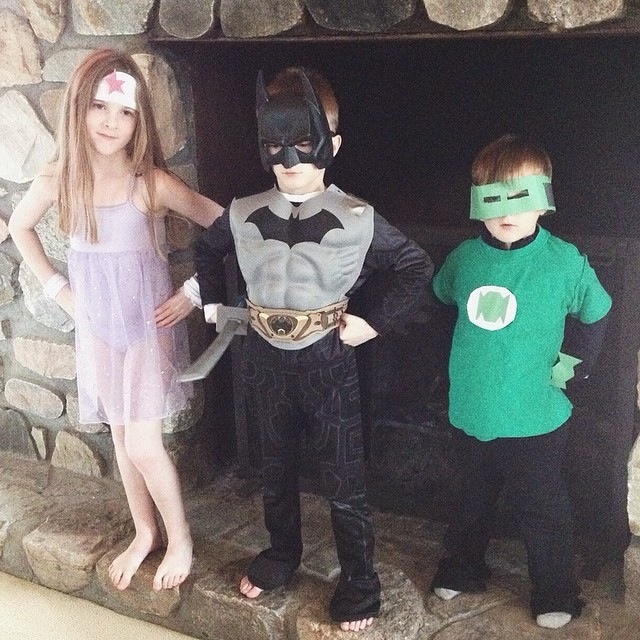