You are here: Home / Autism / A perfect place- Finding independence with autism

He announced his order to the cashier.

Pushing up glasses heavy on his face, rocking from side to side a bit, his voice boomed above the muffled conversation of others in line.

My heart beat a little faster as I watched the exchange.

Would the cashier be polite?

Were the other customers beginning to stare?

Could he count out his money? Wait for change? Balance his drink and popcorn without spilling one or both?

I beamed with pride as he navigated the intricacies of his task.

But most of all? I thought of his mother.

Was she sitting next to an empty seat waiting for his return?

Was she at home, holding her breath until he walked in the door?

I wanted to find her, tell her what I saw.

Tell her he did it. They did it.

Her son used skills he was so carefully taught and society held his hand.

The cashier counted out his dollar bills and onlookers shifted to make room for his tilting tray. Someone picked up his change as it escaped his grasp, he muttered a thank you and continued on his way.

A million obstacles were conquered with his every step.

I think about this young man with autism often.

My daughter has autism as well and, little by little, I am learning that I have to let her navigate this world on her own. I want her to be strong and find independence and able to juggle change and popcorn and an overflowing pop.

I want her to be able to do whatever she wants to do in life, even though sometimes I still have to tie her shoes.

The only way she can succeed is if I let her try, give her to the world in small doses and hope that the she can find her perfect place in line too. 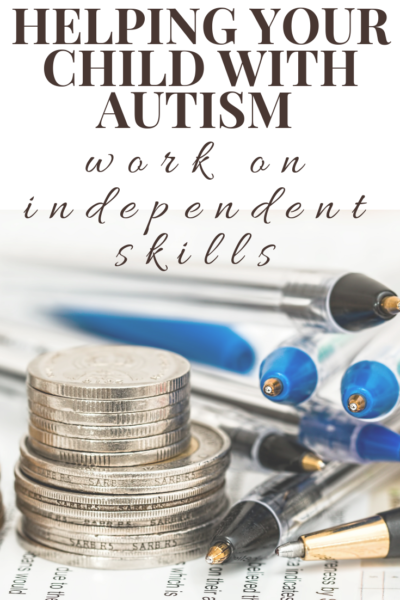