In April of 2007, we found out that we were expecting triplets.

To say we were shocked is an understatement, but after spending two years trying to get pregnant, we quickly adjusted to the idea of welcoming three new babies into our family and started preparing for life with triplets. We found out we were expecting two girls and a boy and could not have been happier.  I could not wait to dress my girls in matching outfits and have a “Momma’s boy.”

Unfortunately, by the time I was 18 weeks pregnant, the signs of preterm labor had already begun and I was admitted to the hospital for the remainder of my pregnancy.  I was put on strict hospital bedrest and although we knew that things were very risky, as the weeks passed and we regained hope. 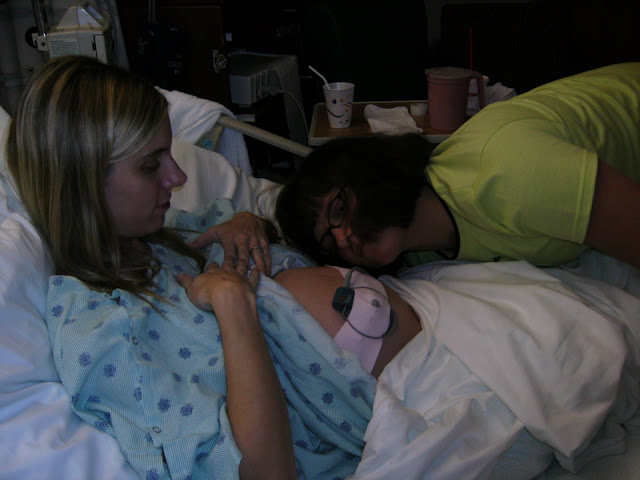 By the time I made it to 28 weeks we though all would be okay.  We knew we would be in for a NICU stay but never doubted for a minute, that we would not be taking home three beautiful babies.  We finally agreed on all three names, Mark started preparing the nursery at home and I spent my days in my hospital bed learning about preemies and what to expect from the NICU and my new life as a triplet mom.

Two days shy of 29 weeks, on October 9, 2007, the doctors were no longer able to stop my labor. McKenna, Parker and Hadley entered the world.  Parker weighed 1 lb. 14 oz, Hadley weighed 2 lbs. 5 oz. and big sister McKenna weighed 2 lbs. 10 oz.  All three babies were stabilized and placed on ventilators after birth.  Parker, our tiniest, was able to be taken off of the ventilator within 12 hours.  We were truly amazed and thought that maybe the road ahead may not be as rough as we anticipated.

We spent two amazing days in awe of the fact that we had just become parents to three babies at once.  I remember the first time I was wheeled in to see them in the NICU I was overwhelmed by trying to take in the doctor’s reports on three separate babies. I turned from isolette to isolette watching my tiny preemies.  After the long road we traveled to get to this moment, they were finally here.

On their third day in the NICU the doctor came to my hospital room and wanted to give me a report on the babies.  He kept asking where Mark was and if Mark would be there soon but in my still-medicated state it was not registering with me that something was wrong.  I kept thinking that they must need us to sign something or need consent from us for a procedure for one of the babies.

Ultimately the doctor delivered a whirlwind of medical terminology and said that we should come down to be with Hadley because she was not doing well.  Mark wheeled me down to the NICU and by the time we reached Hadley’s isolette there was a blur of activity around her.  She was hooked up to machines I had not seen before, doctors and nurses were rushing back and forth and then the respiratory therapist saw us and immediately asked if I wanted to hold her.  As she handed her to me I knew things were not good.  Up until this point we were told the babies were too fragile to hold so I knew the fact that they were letting me hold her was a bad sign but I still did not for a moment, think that she would die. 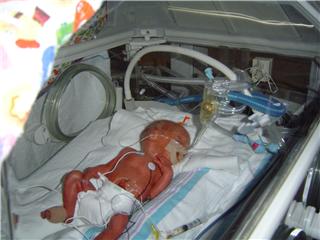 I held my little girl for a few moments and then she was gone.  No one had to tell me.

I knew the moment she was no longer here, I saw the life leave her eyes.

Hadley had suffered two pulmonary hemorrhages and her tiny body could not recover from the blood loss.  It was later discovered that she was also in the early stages of sepsis.  If I had not delivered when I did, the sepsis could have passed to Parker, McKenna and myself and we may have lost all three of our babies.

Losing Hadley has been the most awful experience of my life.  I am no longer the person I used to be.  I have changed in more ways than I can count.  Hadley taught me how precious life is and to not take a single moment for granted.  I cherish everyday I have with my surviving children and my arms ache for the day when I can hold my daughter again.

There is not a day that goes by that I do not miss my daughter.  I watch her surviving sister and wonder if they would look the same, talk the same, be the best of friends. But I will never know.

For all the pain of her loss, I still would not change a thing.  I have five amazing children (one singleton before and one singleton after the triplets) and I am so thankful that I was able to bring each of them into the world.  Hadley has given me a new perspective on life and has made me a better parent.  I am honored to be her mom and thankful that I got to meet her, if only for a short time. 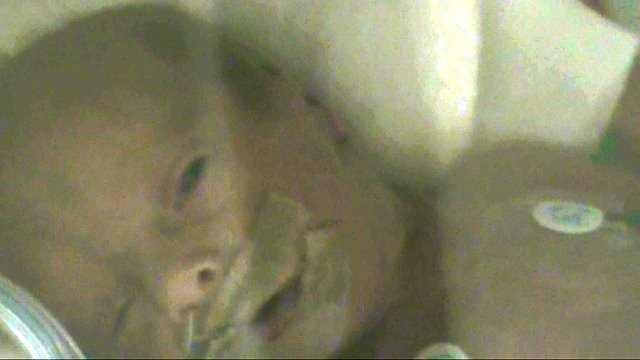