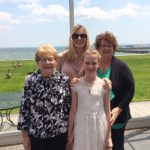 I was compensated to share my thoughts and feelings about Henry Ford Health System but all thoughts expressed are my own.  My grandmother turned 90 in July. For her 90th birthday present all of the grandkids put together a video of our favorite memories with Grandma. The memories ranged from special trips for ice cream to discovering salad tongs under her pillow that she kept there in case she needed to fend off potential burglars. I shared a moment that stuck with me from my childhood, something that embodied my grandmother to me. When I was nine or ten my grandma came on vacation with us as she often did and she asked if I wanted to join her on her daily walk. Full of nine END_OF_DOCUMENT_TOKEN_TO_BE_REPLACED 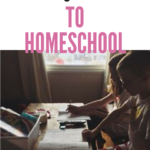 We've already been homeschooling for seven years. How did my kids even get old enough to be in school for that long? We started homeschooling by trying it out for a few months with just McKenna and now here I am schooling three kids at home, hoping they all want to continue for years and years to come. I'm not sure about Parker and McKenna but Sawyer is already asking about "homeschool college" so I think I'll have at least one home with me for the long haul. I truly have enjoyed homeschooling even more than I thought I would so figured I'd see if I could come up with 101 reasons to homeschool... (I should add that some of these reasons were supplied by my children so if something doesn't END_OF_DOCUMENT_TOKEN_TO_BE_REPLACED 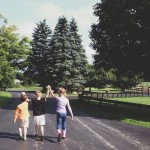 Nearly every time I take my three youngest out in public a sentimental senior citizen reminds me to enjoy them while they're young or mentions how quickly they will grow up, how precious these days are. Sometimes they offer their advice when the kids are holding hands and happy and no one has fought over anything in 32.5 seconds. But sometimes it's while I'm carrying a kid under my arm with an unexpected side of grief and bags under my eyes. There is a long answer I want to give them but I never offer it. I smile and say "I do" or "I know." But I want to tell them that I really do know, that losing a baby whose life I never dreamed would be so short taught me just how fragile small END_OF_DOCUMENT_TOKEN_TO_BE_REPLACED 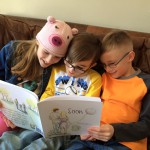 This post contains affiliate links for deals on books which means if you click on them I get a tiny little kickback from Amazon on your purchase. Thanks so much for supporting my work! I'm always coming across great deals on books. Sometimes I post them on Facebook and then five minutes later see a deal on another book that is on my Goodreads list. Rather than post every deal I find on my Facebook page, which some of you might like but the other half of you would hide me for all eternity over, I decided I'd keep this post updated with the best deals on books I'm either dying to read or have already read and highly recommend. Here's the current list of deals on books I've found. If END_OF_DOCUMENT_TOKEN_TO_BE_REPLACED 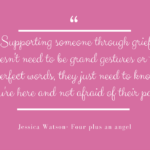 If you've suffered a life-changing tragedy you have a date, maybe two or three where the world was supposed to stop but it didn't. Where you were looking out your car window or down the 8th floor waiting room hallway and wondering how these people were functioning as if this were any other day. How were they pushing the gas pedal or filing their paperwork or tapping the vending machine without a bucket of tears and an unavoidable urge to curl up somewhere and disappear? Every year when we celebrate Hadley's life on the anniversary of her death I travel through the day pretty sure our family has some kind of advertisement on the outside of our vehicle telling the world we aren't just END_OF_DOCUMENT_TOKEN_TO_BE_REPLACED 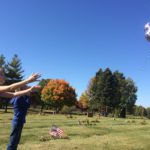 Years ago when I saw a therapist regularly she often reminded me that I needed to feel my way through all the feelings of losing a child. She said if I pushed away the grief or tried to stifle the urge to cry I would never get through those miserable days of searing pain. They would keep returning-- the intense emotions resurfacing until I buckled to them, acknowledged just how much they sucked, then pulled a pillow over my head or cried a good shower cry. She used to say "the only way out is through" and it became my mantra too. Those first few years after losing Hadley I told myself this often. When I woke up with a physical ache, pressed in the shape of her head against my chest, I END_OF_DOCUMENT_TOKEN_TO_BE_REPLACED 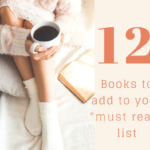 I use to be pretty good at getting a post out of my favorite books two or three times a year. Now I'm lucky to get a post up about anything two or three times a year. If I'm not writing I'm living right? Or something more along the lines of reading everyone else's books, getting to the end, sighing then telling myself I could never write a novel that good. I've read a ton the last year or so a lot of them were "meh" books. Lately though I've read books that I want to hand out to anyone who talks to me for more than 30 seconds. I sat at my son's basketball game this morning, hoping I was clapping for the right things, while trying to discern whether the woman next to me would appreciate a END_OF_DOCUMENT_TOKEN_TO_BE_REPLACED 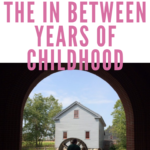 With my youngest now seven, I can open the door to our car and my kids all just get in and when I cook dinner there's a decent chance I'll get to eat it while it's hot. My kids are all aging out of the neediest* part of their childhood and as much as I worried about them getting older I have to say I'm loving it. (*Quick clarification: physically needy, not emotionally needy, the hormonal years are staring us down.) There is so much complaining to do about parenthood when our kids are young and we all do it because it's part of keeping our sanity above sea level but there are also a million perks that fly past our blurry eyed-selves until they're gone and we're begging them END_OF_DOCUMENT_TOKEN_TO_BE_REPLACED 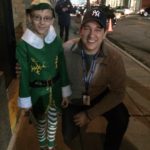 We went to see Suessical last weekend. In case you don't know the storyline it's about Horton, an elephant with a big imagination, who connects to a Who named JoJo with an imagination the same size. JoJo lives in Whoville, a town the size of a spec on a clover, so no one believes Horton when he tells them the Whos exist. The musical tells the story of believing in yourself and how having just one person who believes in you too, whether they're larger than life or the tiniest spec, can pull you through. Parker is singing "Alone in the Universe," one of the songs from Suessical, for an upcoming audition. It's the song where Horton and JoJo both sing about being misunderstood but ultimately END_OF_DOCUMENT_TOKEN_TO_BE_REPLACED 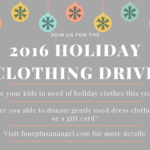 This will be the fourth year I've hosted the Holiday Clothing Drive. I had to skip 2015 because life and sanity, but missing a year seemed to make our whole family even more anxious to get back to it for 2016. Plus the kids are two years older so I have more people to help me not screw up the mile-long spread sheet I'll have halfway through this. Together, we've clothed over 150 kids for the holidays and I would love to double that number this year. Here's how it works: Families who are in need of gently used dress clothes for their kids for the holidays but can't afford them this year are matched with gently used holiday clothing donated by other families. I also welcome donations of gift END_OF_DOCUMENT_TOKEN_TO_BE_REPLACED

On any given day you will find me taxi-ing a teenager, mopping up our latest "art project" and trying to remember when I turned the crock pot on… all the while, looking for the closest Starbucks drive thru.

Lately with school assignments my kids are either

The kids found a frog hiding in the leaves. They n